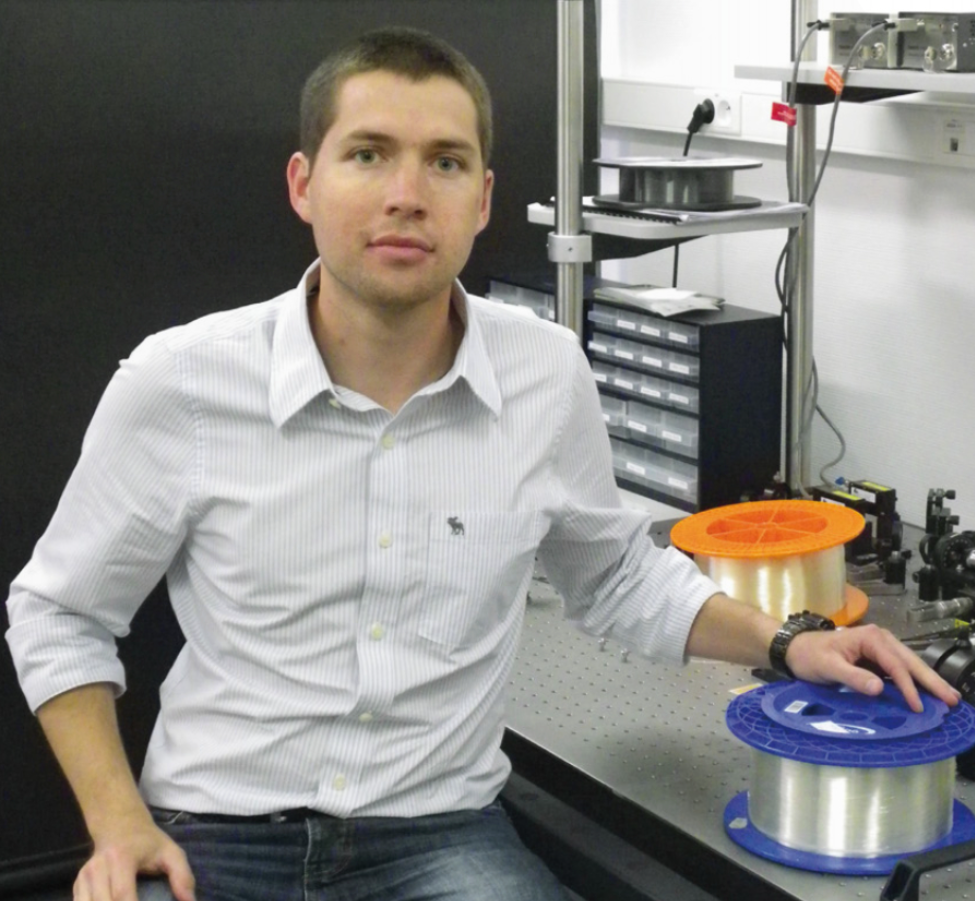 Bertrand Kibler, CNRS researcher at the ICB laboratory was awarded the Favry – de Gramont Prize for his work in the field of non-linear waves, in particular the observation of respiration waves and their interactions, by taking advantage of modern technologies. ultrafast optics at telecom wavelengths.

This prize rewards a young researcher under the age of 40, recognized internationally, whose research work has been noted for its quality, originality and potential impact.

Bertrand Kibler did his thesis at the FEMTO-ST Institute on the non-linear propagation of ultrashort pulses in optical fibers, then a post-doctorate at the University of Burgundy on various projects of application of fiber pulse sources optical. He then joined the CNRS as a Researcher in 2009 at the Carnot de Bourgogne Interdisciplinary Laboratory. His areas of research cover the fundamental study of various non-linear processes in optics as well as the experimental development of new light sources in the infrared, through technologies related to optical fiber. He thus developed a platform for studying mathematical solutions describing the complex waves of the non-linear Schrödinger equation. The results obtained allowed him to reveal a key example: breathers waves and their interaction dynamics, which describe the spontaneous emergence of extreme waves in various fields, including oceanic rascal waves. His multidisciplinary approach to research made it possible to combine the same type of experiment in two distinct branches of wave physics, namely optics and hydrodynamics, at radically different time scales. This recourse to several disciplines offers new perspectives for the research of complex waves, by going beyond the intrinsic limits of each experimental system. Bertrand Kibler won the CNRS bronze medal in 2012. He is the author and co-author of more than 120 scientific articles in international peer-reviewed journals, 4 book chapters and 1 patent.