Since the beginning of July, the comet C/2020 F3 nicknamed Neowise has been visible to the naked eye in the sky of France and in the rest of the world thanks to its brightness. Discovered on March 27 by the NEOWISE space telescope, the comet offers a magnificent spectacle that we will be able to admire longer and longer at the start of the night from July 10.

On July 3, the comet passed close to the Sun (44 million km) and will be closest to Earth on July 23. 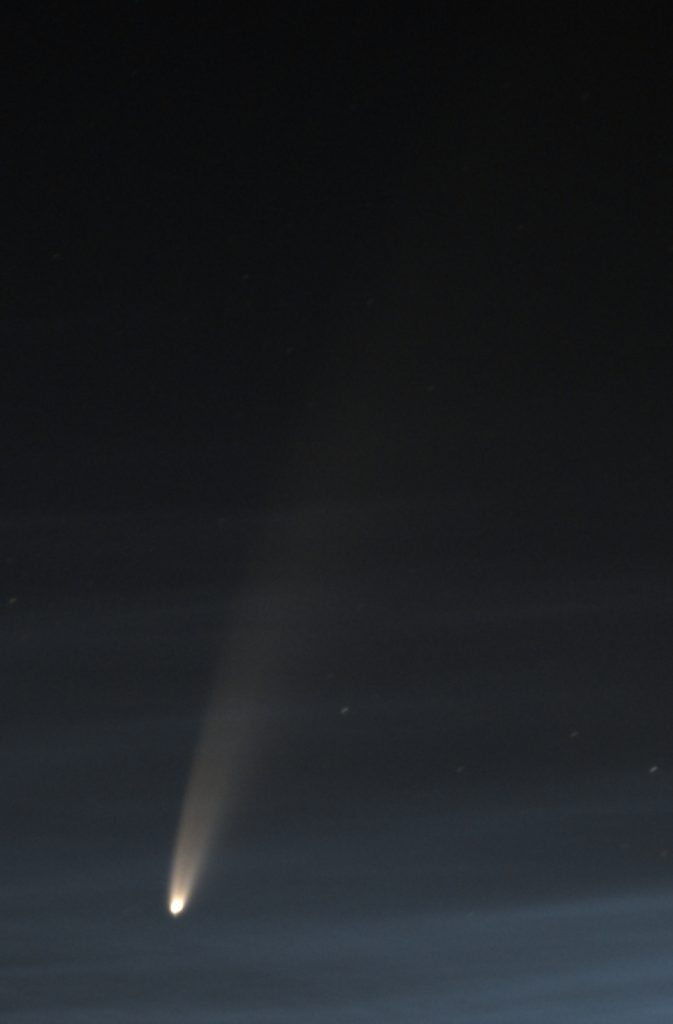 Observing a comet is a very rare phenomenon. My last memory of this dates back to Comet Hale-Bopp in 1997.

Vincent Boudon, CNRS research director at the ICB laboratory and president of the SAB.

What is a comet ?

A comet is a spherical body which can reach ten kilometers in diameter made up of ice and dust. Its name comes from the Greek coma which means “tail".

Comets are made up of a core of ice and dust which indicates that they formed at very low temperatures. This comet nucleus travels in the solar system around the Sun, as the Earth rotates around the Sun. But while the Earth is almost always at the same distance from the Sun, the comet nucleus moves in a very elongated orbit (an ellipse). When it is near the Sun, the nucleus heats up; ice and snow turn into gases which evaporate, sweeping away the dust. This mixture of gases and dust forms the tail of the comet.

Where to look for the comet NEOWISE?

It is around July 15 that the comet Neowise will be clearly visible in the middle of the night:

Comet Neowise would have been seen for the first time about 4500 years ago, in the time of the Pharaohs and will return to our sky in 6800 years ! 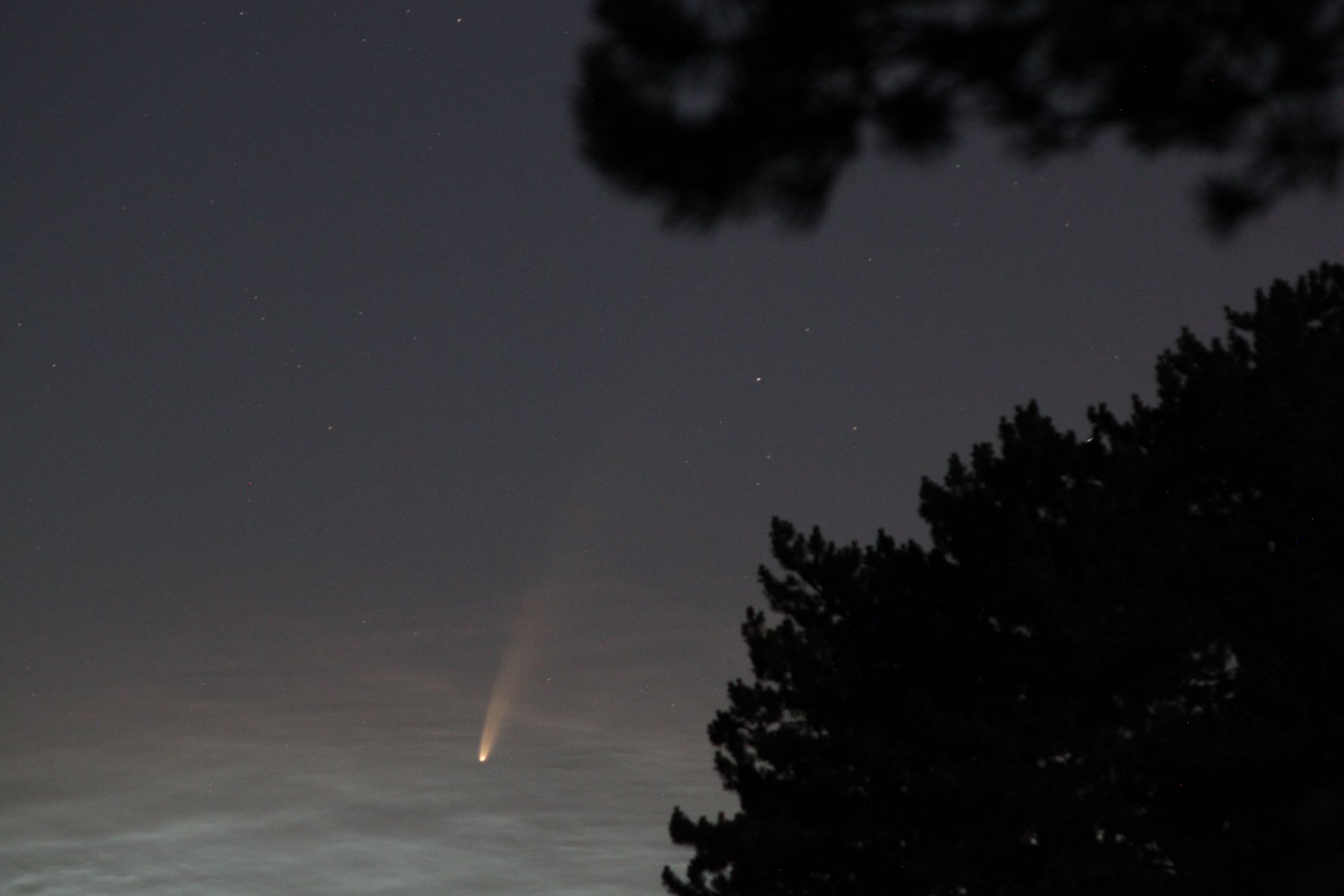 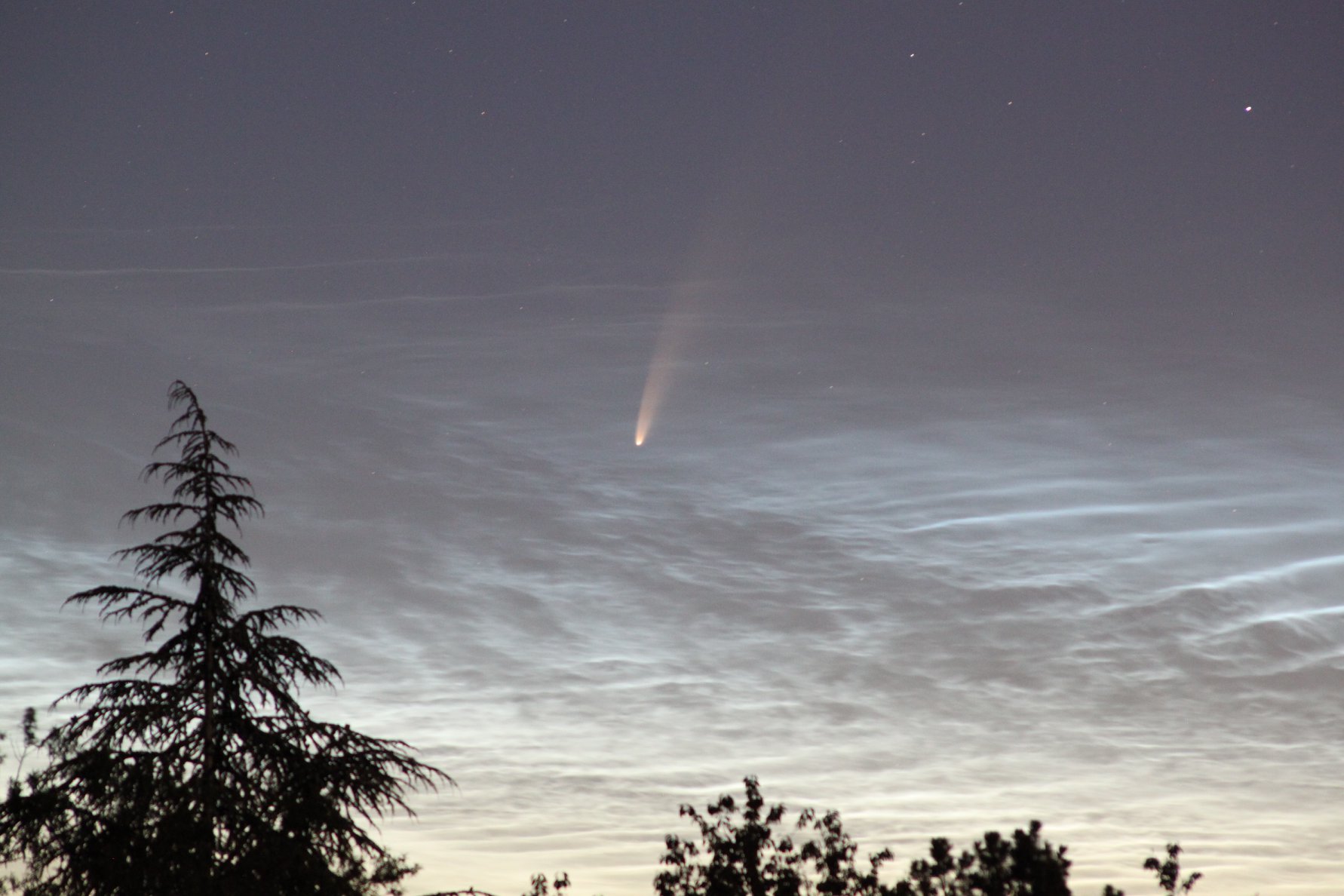 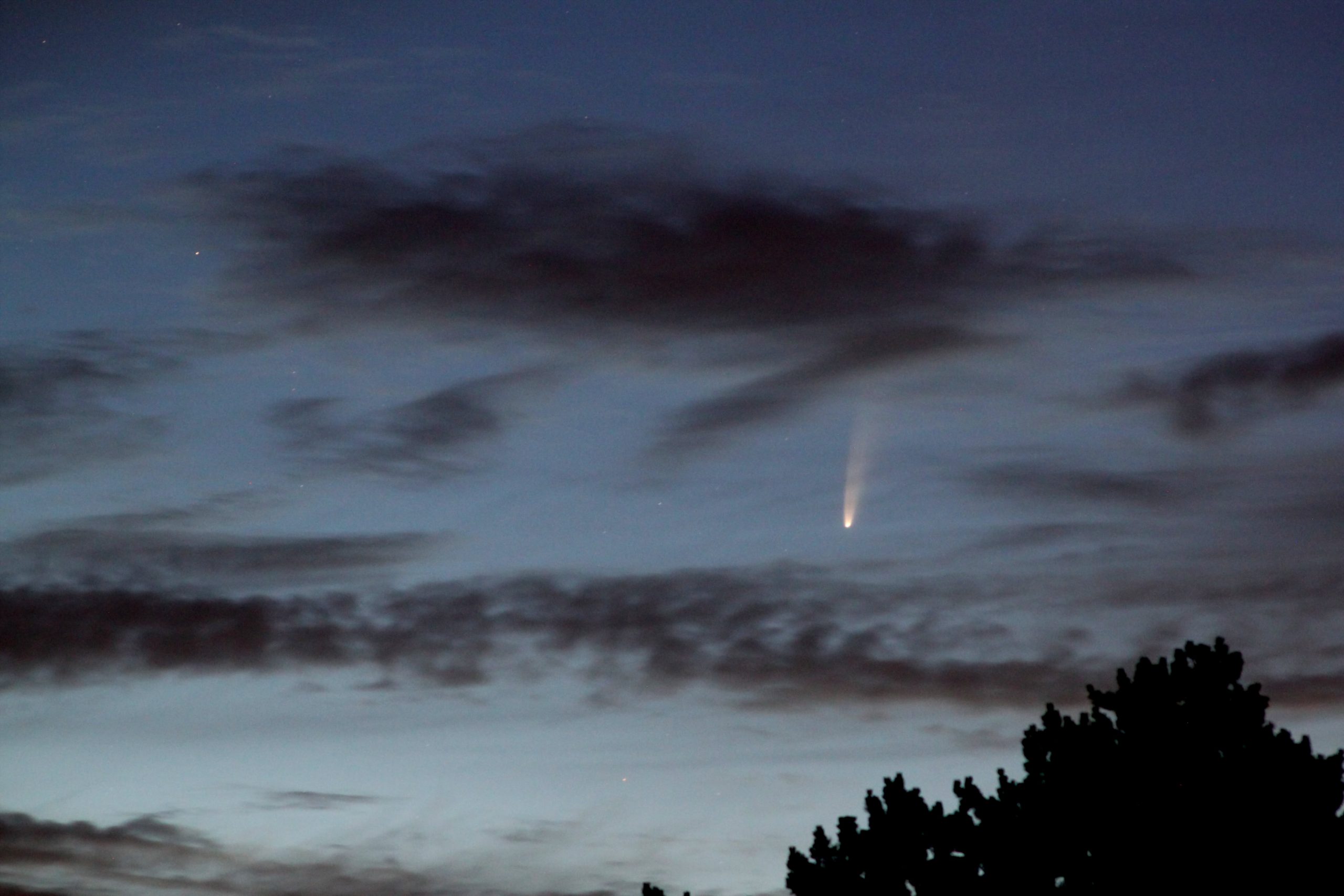 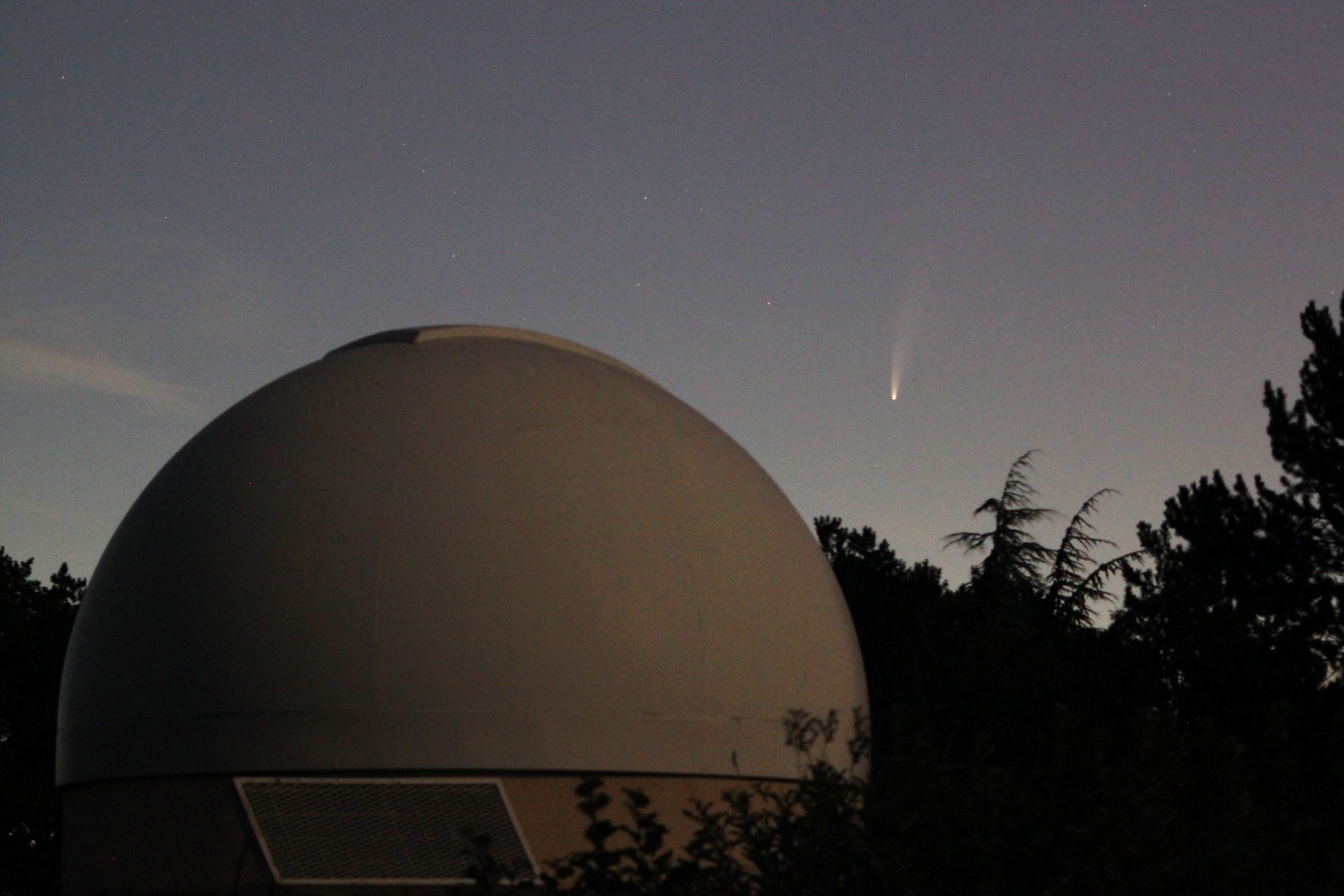 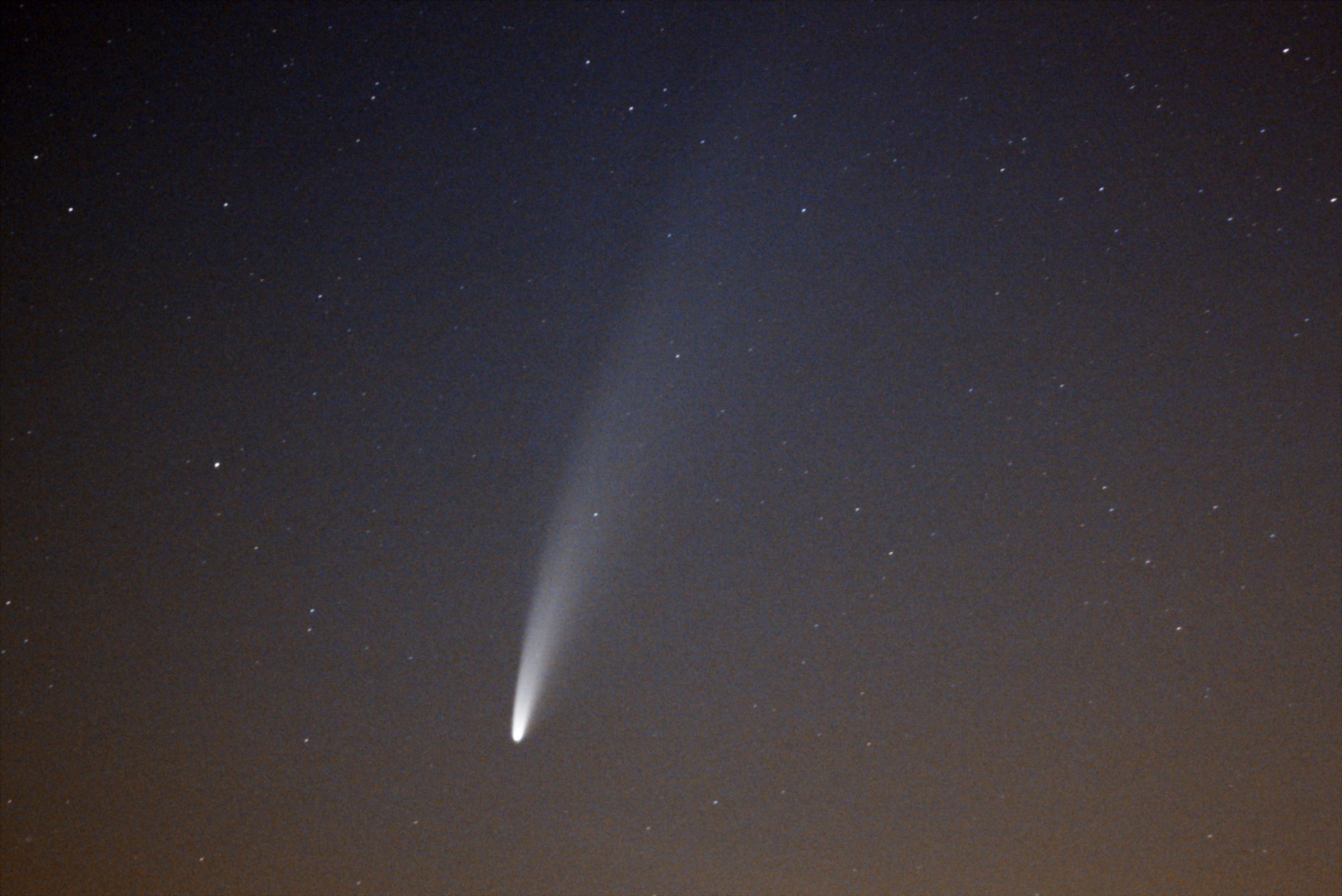 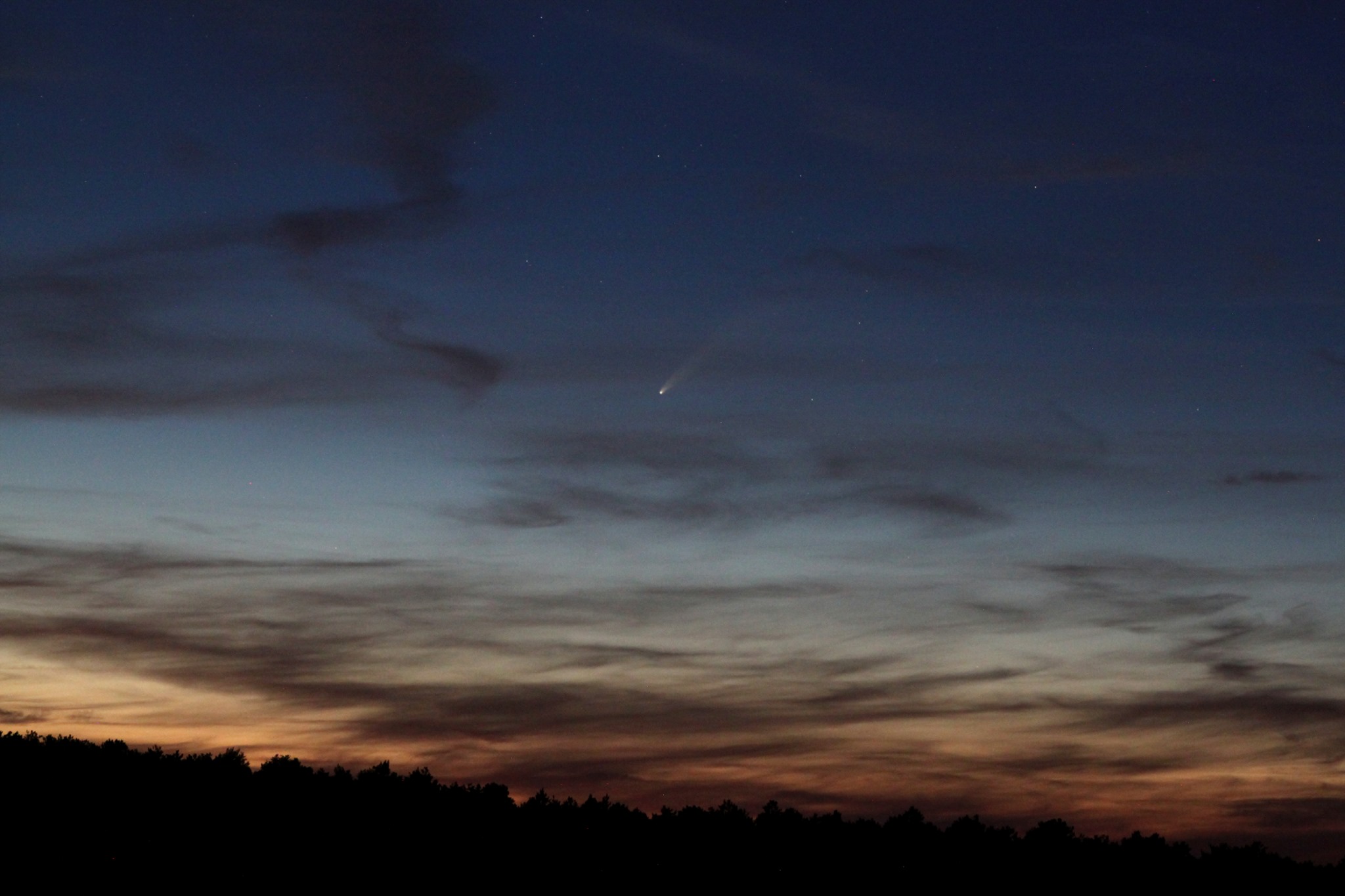 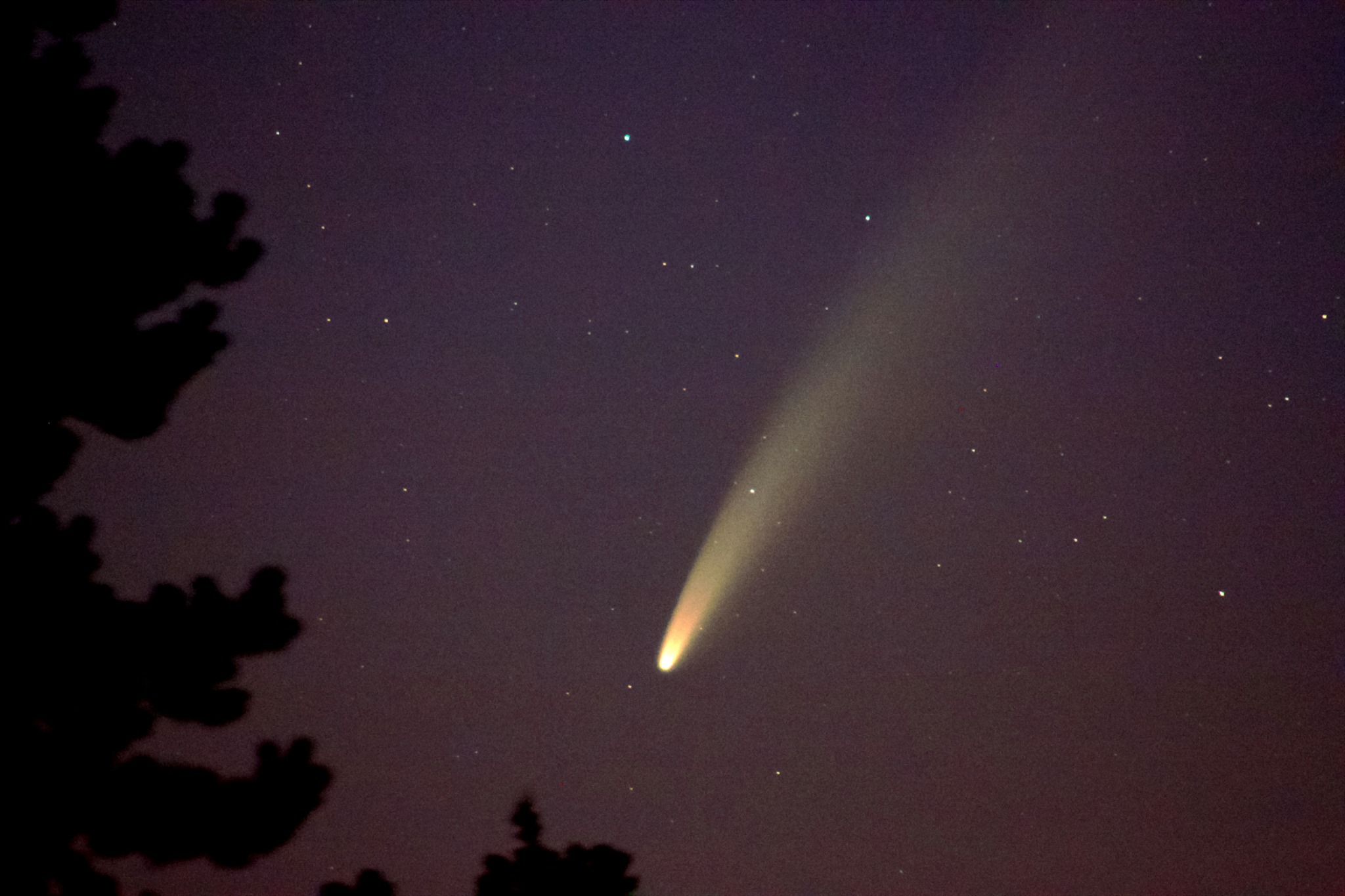 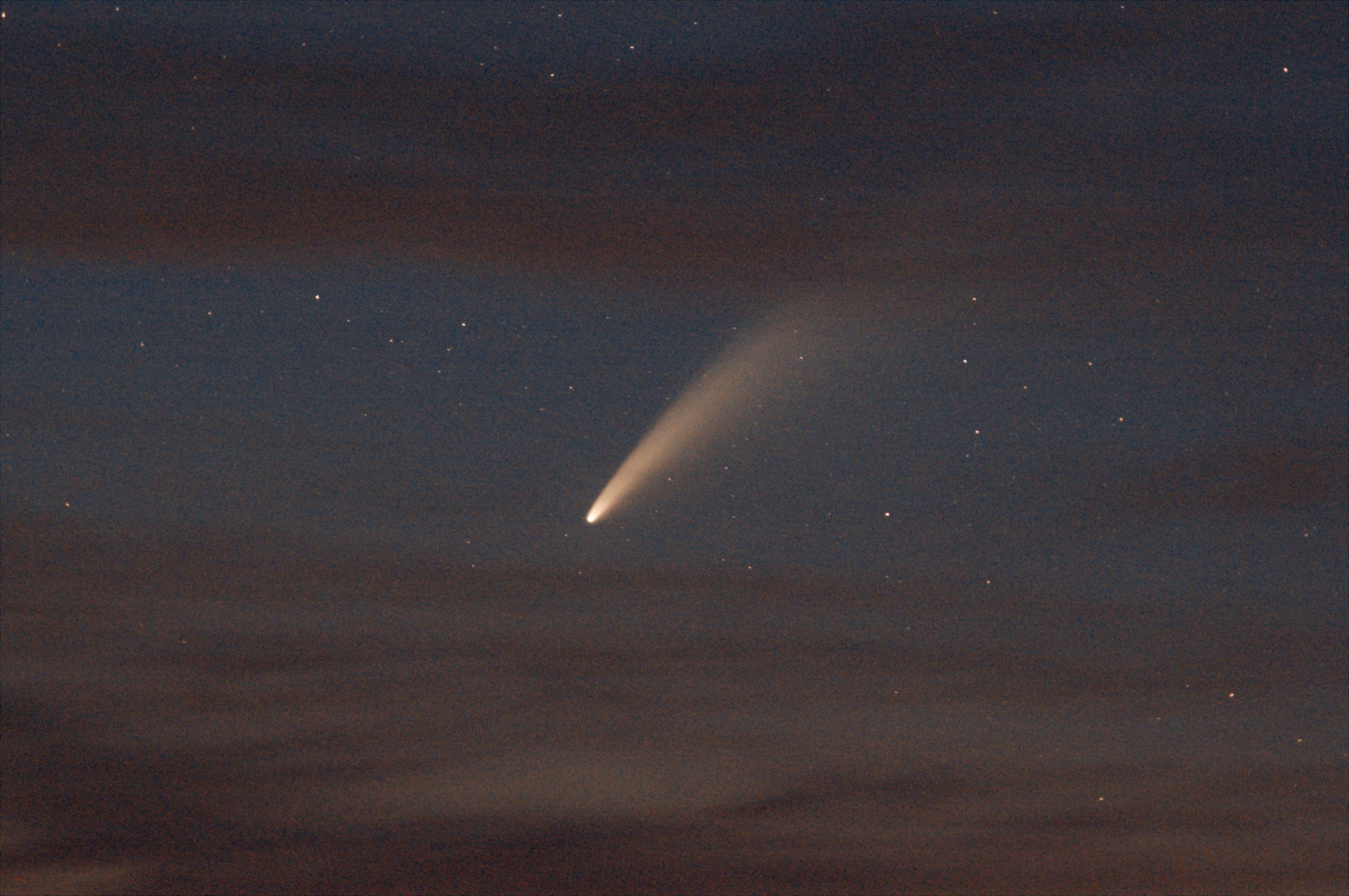