The development of theoretical and computer tools for modeling molecular systems with high symmetry constitutes specific know-how recognized by the scientific community.

Current studies relate to the development of models for the description of intramolecular, intermolecular interactions and the molecule-radiation interaction (excited states, collisional processes, multiphotonic processes). This research is underpinned by applications to atmospheric physics, planetology and laser photoexcitation. The spectral analysis results are directly accessible via the TDS computer systems developed at the Laboratory.

A second line of research for the team concerns the theoretical study of collisional processes of astrophysical and atmospheric interest.

Let us quote for example the complete treatment of reactive collisions of the type A + BC → AB + C which goes from the determination of the surface of electronic potential energy (calculations ab initio and adjustments) to the calculations of the effective sections and constant of speed (quantum dynamics using a time-independent formalism based on the hyper-spherical coordinates). 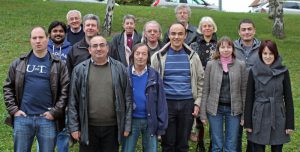 Modeling the absorption spectrum of methane

For applications to Earth’s, planetary and exo-planetary atmospheres.

Methane (CH4), the simplest stable hydrocarbon molecule, is a species of primary importance for many domains:

Although it is a small and simple molecule, its rovibrational spectroscopy is very complicated. This is mainly due to the high symmetry of this tetrahedral system (which leads to the existence of many degeneracies) and to its intricated vibrational structure.

As a matter of fact, the four fundamental vibration frequencies of CH4 (three of then being degenerate oscillators) obey a simple approximate relation (see Table 1), which leads to a specific vibrational structure with vibrational levels grouped into “packets" called polyads.

Table 1: The normal modes of methane

Figure 1 shows the first ten polyads of methane. It is clear that the complexity of the spectrum increases rapidly with energy, due to the increasing number of levels and sublevels. 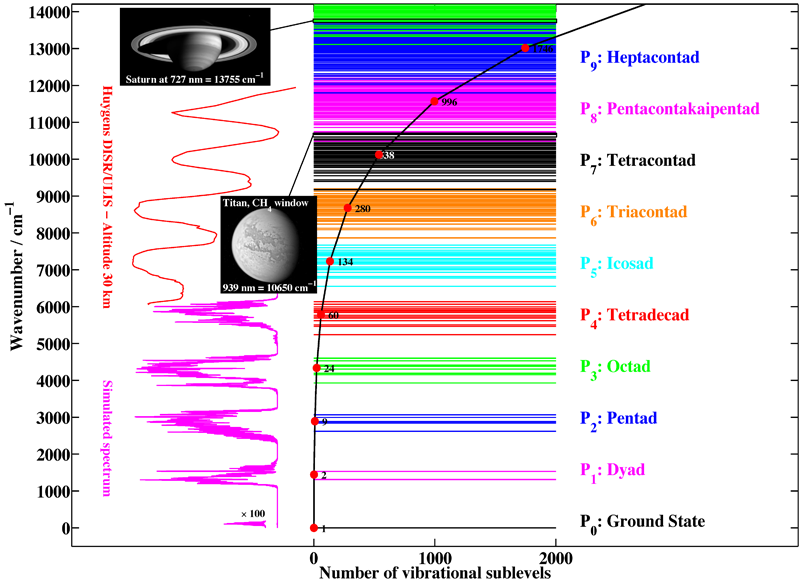 Figure 1: The polyads of methane, illustrating the complexity of this spectrum. Horizontal lines represent vibration energy levels. The black curve gives the number of vibrational sublevels for each polyad. The names correspond to the different absorption bands. Different spectral regions are illustrated by images and spectra: in pink, a simulated spectrum for lower polyads and, in red, an example of the spectra recorded on Titan by the Huygens probe (JPL images PIA05381 and PIA06220 – Credit: NASA/JPL/Space Science Institute).

Our group is the world leader concerning the analysis of high-resolution spectra (infrared absorption and Raman scattering) of methane. Needless to say, however, that the whole wavenumber range displayed in Figure 1 is far from being understood. At the present time, the octad is the highest polyad which is fully understood (a global fit of the 0 to 4800 cm-1 region for both positions and intensities has been performed), the analysis of the tetradecad being still partial, but in good progress and already convincing (see Figure 4 below)). Figure 2 shows an exemple of a simulation of the infrared absorption spectrum of methane. 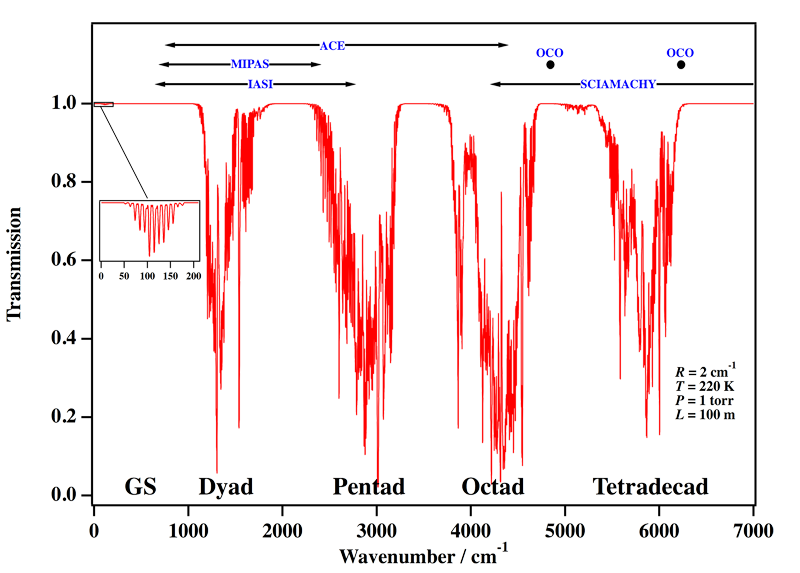 Figure 2: Calculated infrared absorption of methane. GS is the ground vibrational state. Some Earth-observing satellite/instrument wavenumber ranges are indicated at the top.

Figure 3 illustrates the complexity of the level mixings in the excited polyads of methane. The example shown is that of the reduced energy levels in the octad, as a function of the rotational quantum number J. The colors show, for each rovibrational level, the contribution of the different normal mode vibrations after diagonalization of the effective Hamiltonian. 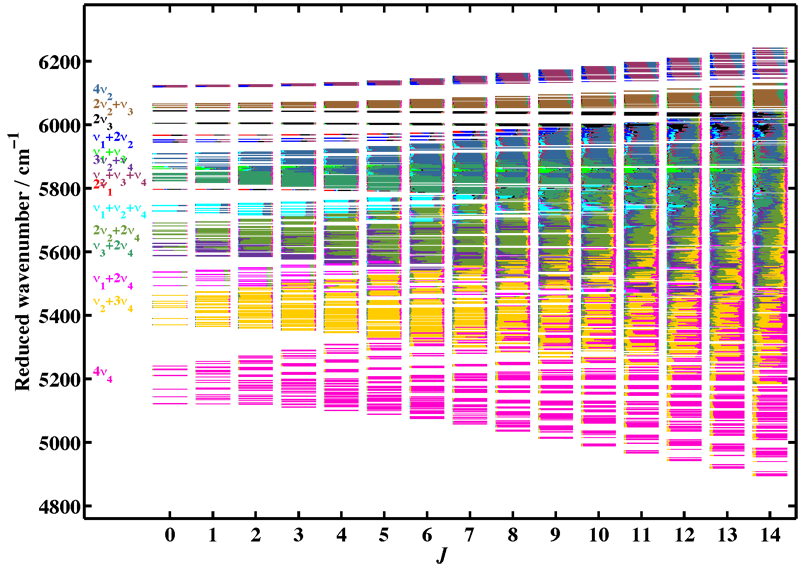 Figure 3: Level mixings in the Tetradecad of methane. Rovibrational levels are plotted a a function of the rotational quantum number J. The colors corresponds to the 14 different interacting vibrational levels.

Figure 4 shows a recent comparison between an experimental and an simulated spectrum, in the so-called Tetradecad region. See the following paper doe more details: 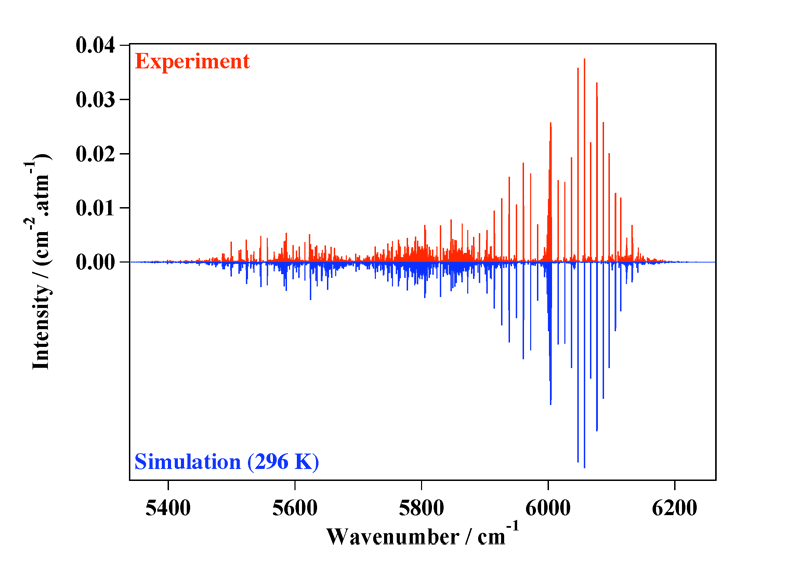 Figure 4: The Tetradecad region of methane at room remperature, compared to the simulation.

All our simulations and analyses are performed thanks to the group theoretical and tensorial tools developed in our group since many years for the spectroscopy of spherical tops, which is implemented in the STDS software.

We have started in 2013 the study of hot methane emission spectra, in collaboration with the Institut de Physique de Rennes (Prof. Robert Georges) and the AILES BEAMLINE of the Soleil Synchotron (Dr. Olivier Pirali). Figure 5 shows an example of such an emission spectrum in the bending Dyad region.

Figure 5: Emission spectrum of methane at ca. 1173 K, compared to the simulation.

Our results are widely used for atmospheric and planetary applications. Some references illustrating recent applications to the case of Titan’s atmosphere can be found on the CH4@Titan ANR (2009-2012) page.

Our calculated line lists can be downloaded for a database build up for the VAMDC (Virtual Atomic and Molecular Data Centre) consortium :

These linelists are also used to parly update the HITRAN database. See the following reference:

A special issue of the Journal of Molecular Spectroscopy dedicated to “Methane spectroscopy and its applications to planetary atmosphere including Earth’s" has been published in 2013, with Athena Coustenis and Vincent Boudon as guest editors. 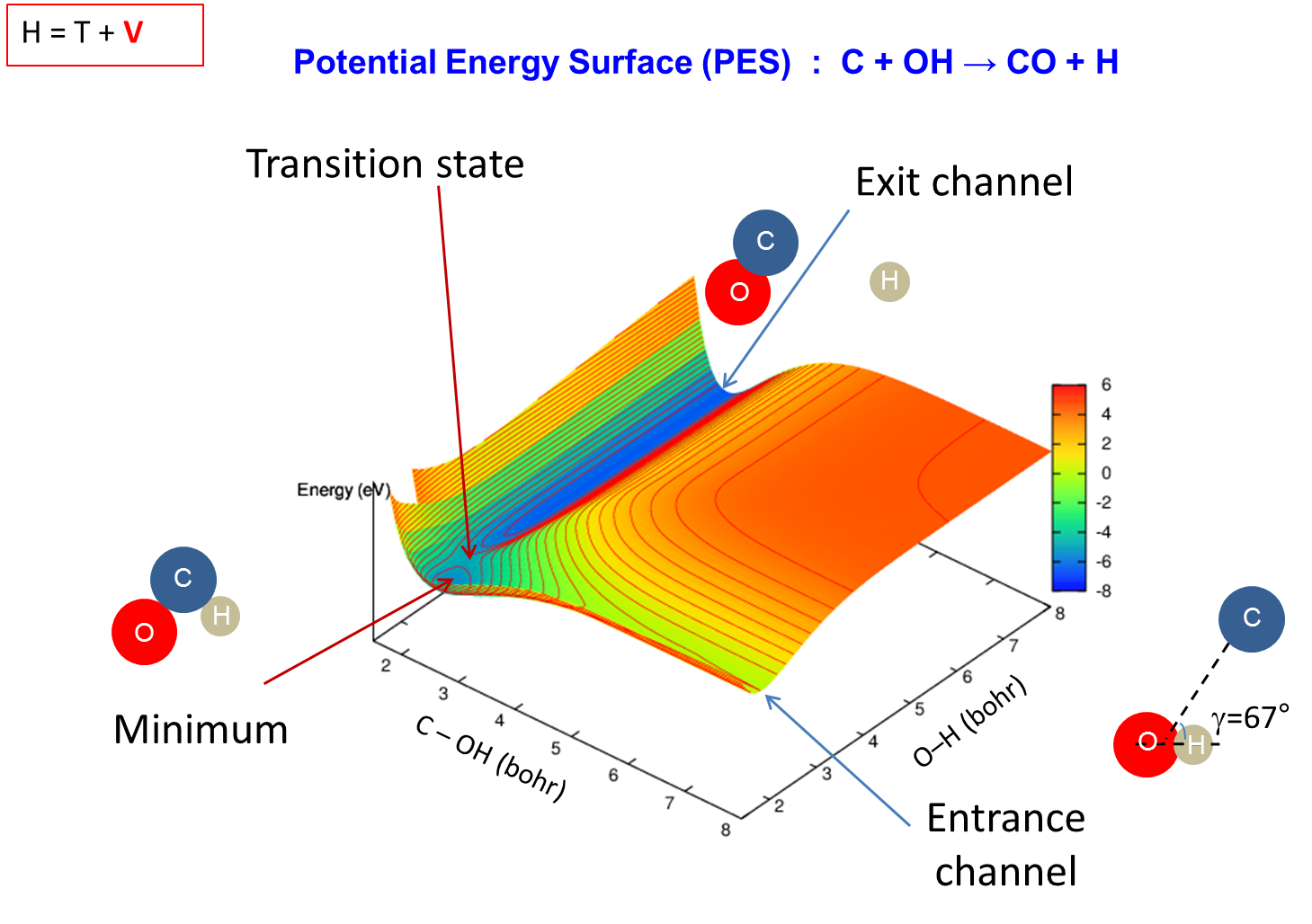 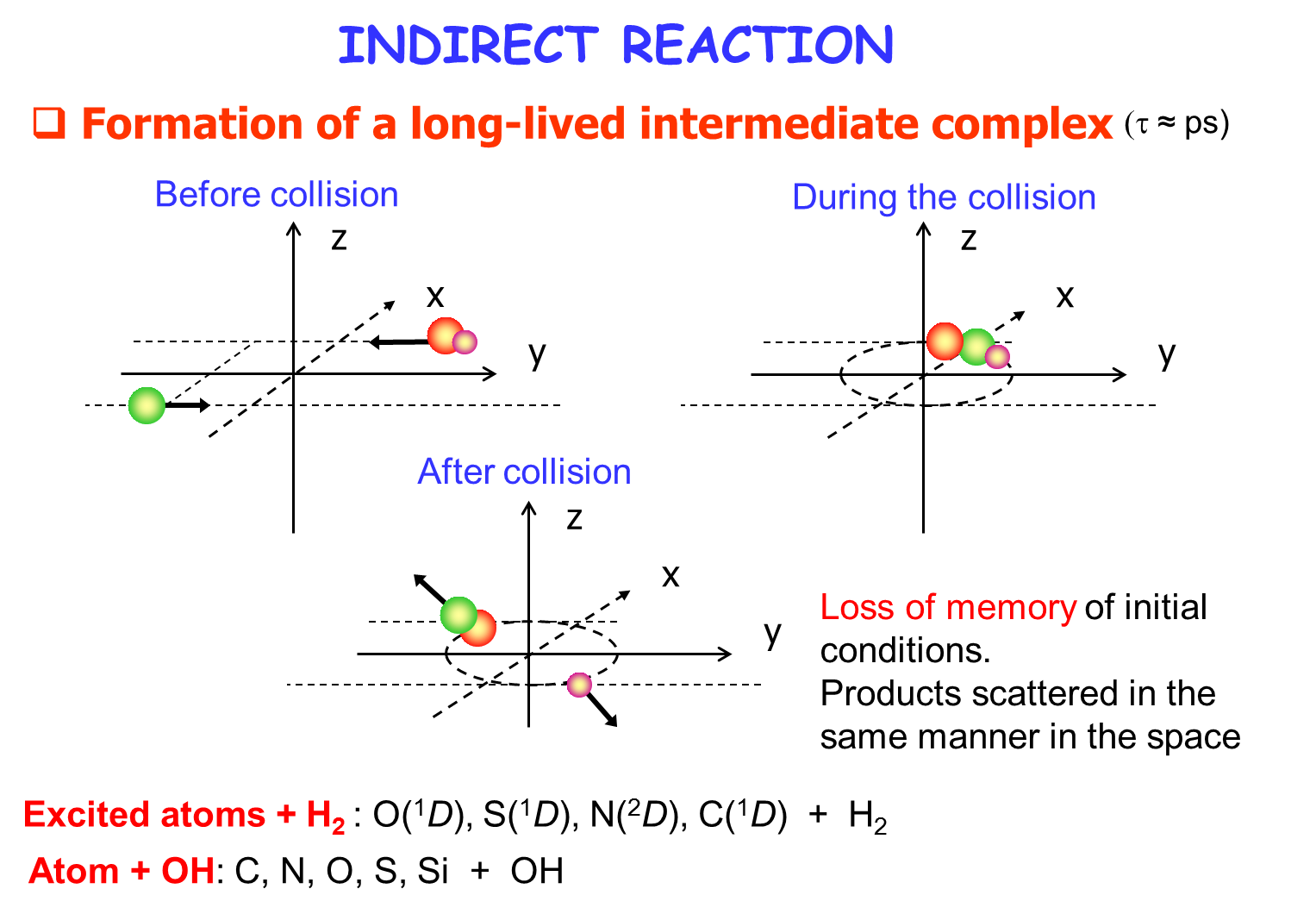 AND APPLICATIONS TO ATMOSPHERES

Some examples of spectra analyzed 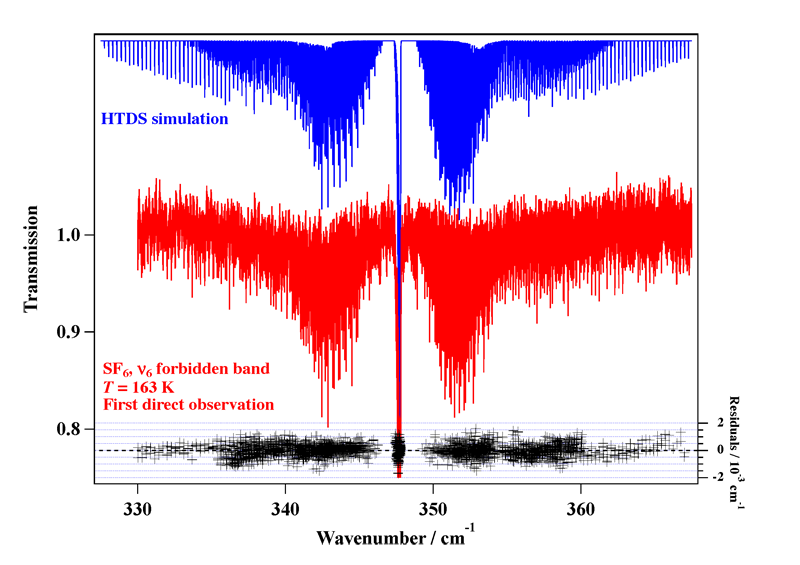 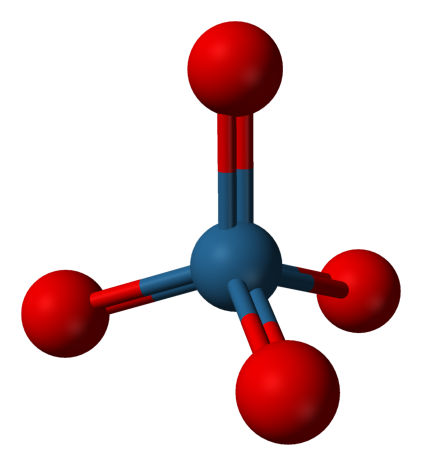 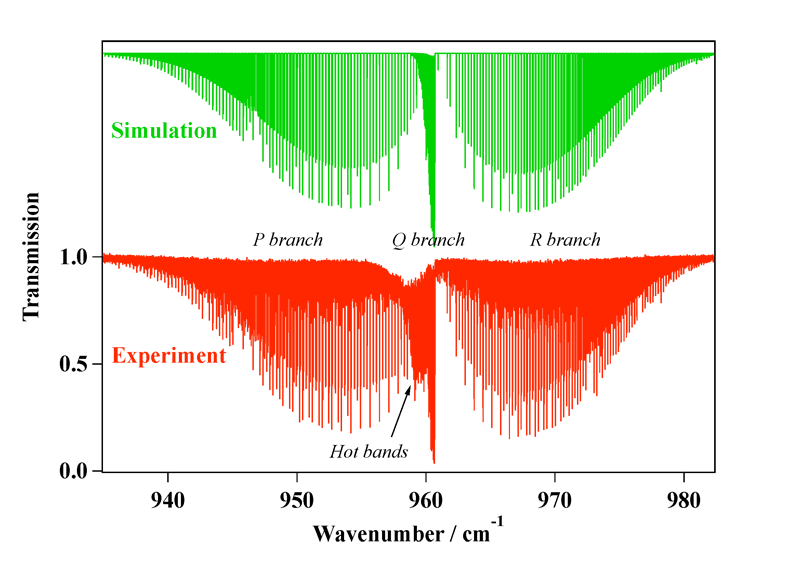 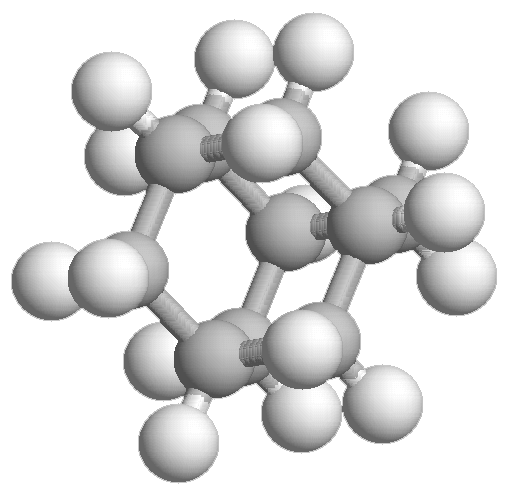 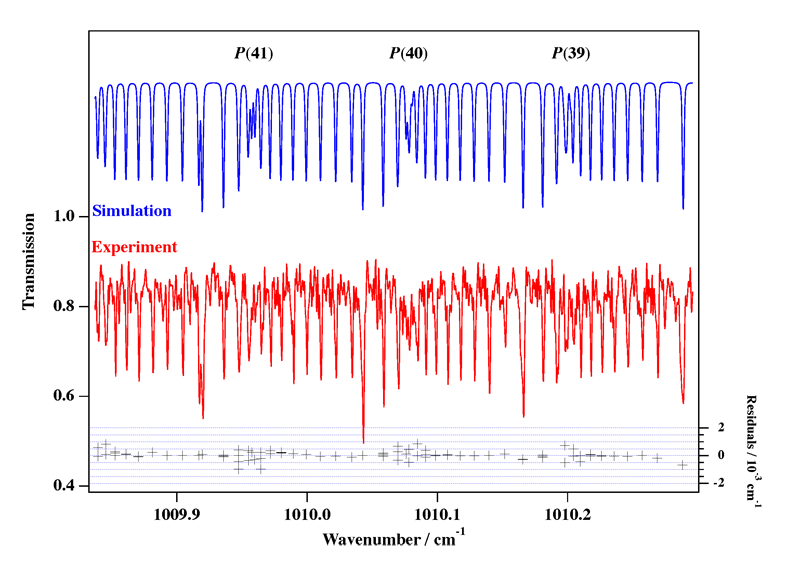 The transition metal hexafluorides form a very interesting group of molecules, since they are the only compounds of these heavy elements with substantial vapor pressures at room temperature. This implies several industrial applications, such as isotope separation processes (especially with UF6, NpF6 and PuF6) or chemical vapor deposition of thin metal layers on a substrate (WF6, MoF6 for integrated circuits ; ReF6, IrF6 for anti-corrosion layers).

Among these molecules, there is a very interesting group which is traditionally called “colored hexafluorides". They are caracterized by the fact that they have an incomplete electronic subshell. This leads to low energy electronic levels, corresponding to transitions in the visible or near infrared regions (see figure below). Some of the “colored hexafluorides" also have the property of possessing an odd number of electrons (TcF6, RhF6, ReF6, IrF6, NpF6, AmF6).

Difference between the absorption spectra of XY6 closed- and open-shell systems.

Their specificities of these molecules are that :

High-resolution spectra of WF6 and ReF6 using infrared spectroscopy (Fourier transform and diode laser) in a supersonic expansion jet were obtained in the Group of Professor Martin Quack (LPC-ETH Zürich). The analysis of the spectra of ReF6 requires a tensorial formalism adapted to rovibronic couplings and to the presence of half-integer angular momenta in octahedral symmetry. This work is still in progress

Such studies could be extended to other open-shell systems like ReOF4 or to molecular ions or radicals of interest in astrophysics (CH3O, …) or atmospherics physics. 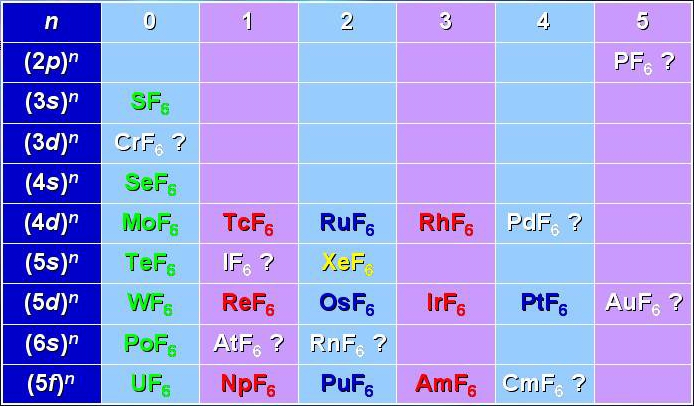 Table of the known and expected hexafluorides.

Spectra from M. Rotger and V. Boudon. The letters (a, b, c, …) indicate the different electronic states.

Spectra from M. Rotger and V. Boudon. The letters (a, b, c, …) indicate the different electronic states (with symmetry in parentheses).

The case of a non-degenerate electronic ground state.

The case of a fourfold degenerate electronic ground state.

The case of a threefold degenerate electronic ground state.

Management and enhancement of research data